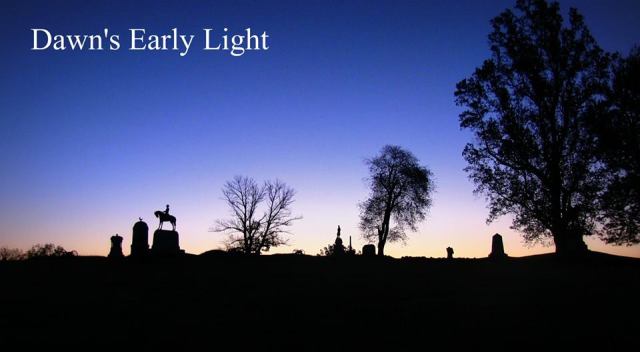 When I use my author site for a blog, it’s because it is political. I apologize in advance for any cussing. So, just know I warned you ahead of time!

Elizabeth Warren, “This is hard but we need to focus on the REAL problems?” You stupid and heartless bitch. So, it is NOT a freakin problem that this ILLEGAL immigrant separated this beautiful young woman from HER parents? Let’s not forget he murdered her. Oh, but according to you that is not the REAL problem. But, according to many of the liberals, murder is not the issue as also in the case of abortion!

Moving on…Silent Sam – It’s a shame that those students in UNC Chapel Hill are in college and haven’t learned any damn thing! Oh but that’s right. These are the same kids that needed safe houses because Trump became President.  But the administration at Chapel Hill was so offended by “Silent” Sam because he apparently made so much freakin noise that they were all disturbed. Yes! They are disturbed alright and it is a mental disturbance!

NFL season is upon us! Although I do not know what President Trump can do to enforce the players not to kneel during our National Anthem, but those that refuse to stand in respect of our Nation’s flag should be forced to sit on the bench without pay for the entire season. Oh but wait. When Tim Tebow knelt to pray, he was belittled, scoffed at and basically removed from the NFL. So, we can kneel and disrepect our flag, but we cannot kneel and pray to God? That high school coach who knelt after the game on the 50 yard line was fired. But it’s okay to kneel against our country and disrespect our Military? Oh hell no!!!

Oh that George Washington, Ben Franklin, John Adams, and the rest of the Founding Fathers would come back. They would seriously kick ass. Oh but wait again. Because they are resting in peace, we now have President Trump to do that and the left is going batshit crazy and stark raving mad. I do laugh at their demise because he will be elected yet again! What if things get so bad that he has to call Marshall Law because the stupid lefts are so damn stupid that they force him to do it? Then he would be President indefinitely. Hahaha!!!

I will kneel for my God. I will stand for my country. I will fight for my history and for the return of every Confederate statue or monument. You know, this whole thing started because Nikki Haley had the Confederate Battle Flag removed from the Statehouse in Charleston. This is because the flag came off its pole and killed those innocent people in that church! Yes folks. The Confederate Battle Flag as magical powers. It can take a gun and shoot people. I don’t know how it does that. But, somehow it unfurls and then manages to hold the gun and even walk itself into a church building and then shoot innocent people. As much as I do not understand how that kid could do something like that I cannot fathom even more how blame is put on these objects. So, because she saw a picture of him with a Confederate Battle Flag T-shirt on that made it okay for her to remove the flag from the Statehouse? Okay! So, let us go with blaming the Flag. Lets go with blaming the statues. How has removing them STOPPED the violence in this country? In fact, it has increased it not alleviated it. Statues that stood for over a hundred years, torn down by undisciplined brats while police just stood by at watched them. But, breaking orders to “Stand down,” would have made them no better than the protesters.

If you think you can just remove Confederate history from this country, you are sadly mistaken. You tear down one, we will raise ten more.  We will paint this country red; Red with the remembrance of the blood, of our Confederate anscestors who left schools such at UNC to go and fight for their beloved North Carolina! Those kids have more understanding of patriotism in their pinky fingers than some liberals have in their entire bodies.  Do you think we are just going to sit back and watch you destroy this country and its history?

Oh and for those of you brainless parents who think it is okay to let your child decide what sex he or she is, you are idiots!!! To have them wake up and be a boy today and a girl tomorrow, is child abuse. It is mental abuse and it is causing emotional trauma that WILL show up at some point, even to the point of suicide. No child should be allowed to have any surgical operations until he or she is at least 18 years old and then it should be stretched until they are 21. Oh and the other brainless idiots who think a baby should be allowed to SAY when he or she wants his or her diapers changed, you need to start wearing them yourself because apparently you never grew up. I changed my 5 month old grandson’s diaper when I was babysitting. I was waiting for him to ASK me, “Hey Grammy, can you please change my diaper?” But for some odd reason, he just sat there and played with his toys. I couldn’t understand why he didn’t tell me he needed his diaper changed. Gee whiz…MAYBE IT’S BECAUSE HE CANNOT EVEN TALK YET! And these are the same people you want to run the country? ARE YOU KIDDING ME??? OH HELL TO THE NO!!! Just keep wearing your vagina hats… and leave the running of the country to the President you hate, because you cannot come to terms with the fact your candidate LOST! Oh. Did I say that loud enough? (((LLLOOOSSSTTT!!!!))). Run now. Run to your safe houses. It’s cry baby bullshit!!!

I am still wondering what Antifa really is, by claiming that those who support Confederate history are “white supremists” and “Nazi’s.” Then when they get their asses kicked, they run to their safe houses. Hahaha!!! Stupid, stupid, people!!! Oh and for those of you holier than thou religious folks, I warned you I would cuss in this blog. But, just because I sin differently then you, your sin is STILL sin!

One thought on “TELL US JULIANA, HOW YOU REALLY FEEL!!!”

This site uses Akismet to reduce spam. Learn how your comment data is processed.